Mercury is the most poisonous, non-radioactive, naturally occurring substance on our planet. There is NO safe level of mercury because even one atom of it in your body is doing some harm to it. There is no debate about the toxicity of mercury and every knowledgeable scientist and health professional understands how poisonous mercury is. Yet even today the American Dental Association (ADA) and pro-amalgam dentists who support its insane, logic defying position, continue to say that the mercury released from these fillings is not a health hazard.

The World Health Organization (WHO) has stated that there is no safe level of mercury. That means that no amount of mercury is safe, not even one atom. Even if enough mercury hasn't accumulated to manifest a symptom directly or indirectly related to chronic mercury poisoning, it doesn't mean you are not being poisoned by it. The straw that broke the proverbial camel's back wasn't the last straw, it was the sum total of the weight of all of the straws.

The fact is that mercury can directly or indirectly cause, contribute to, or make worse every health issue we will ever deal with. Chronic mercury poisoning from amalgam fillings takes time to accumulate and express a related symptom. Because mercury is found in every cell of the body, and there are trillions of cells, it may take years for enough mercury to accumulate for a symptom to appear. Chronic mercury poisoning is not a disease but an accumulative problem and during the period of time it is accumulating it is poisoning you every step along the way.

It's a scientific fact that toxic mercury vapor is continually being released from amalgam fillings. 80% of it enters the body and accumulates in it. This accumulation occurs because overtime the body loses its effectiveness at removing mercury and is less and less effective at doing so. If mercury is stored in your body it also makes it a hazardous waste container. So don't be fooled by the ADA and those who support its position on mercury amalgam fillings. Mercury is continuously released from amalgam fillings and that alone makes them a health hazard. You shouldn't be the same house with mercury vapor, let alone having it being released from your fillings.

For more information about how mercury affects the body and how it does its damage I suggest reading The Poison in Your Teeth: Mercury Amalgam (Silver) Fillings . . . Hazardous to Your Health. Another book of value, Mercury Detoxification: The Natural Way to Remove Mercury from Your Body, tells you how to support your body's efforts to safely remove the stored mercury. Once you learn how devastating it is your health you will be dumbfounded as to how the ADA can possibly continue to support the use of this poisonous material

At least 100 symptoms directly or indirectly result from chronic mercury poisoning. The number and severity of symptoms depend on a variety of factors, such as;

In addition, because mercury is classified as a neurotoxin it can also cause or contribute to emotional and psychological issues, such as depression, anxiety, anger, mood swings and memory loss. Symptoms that worsen over time may signal the development of a disease.

This table lists some of the more common symptoms directly related to chronic mercury toxicity. But keep in mind that because mercury can indirectly cause harm by depleting essential antioxidants, such as glutathione and alpha lipoic acid that are needed to remove it and deal with other harmful toxins and free radicals, it can indirectly be contributing to even more symptoms and diseases than are listed here.

Your state of health (especially the state of your immune system), whether you still have amalgam fillings, the amount of mercury you’ve been exposed to over time, and the amount still present in your body directly influence the number and severity of your symptoms.

Mercury exposure has been linked to the following diseases. Because mercury has such a destructive effect on the immune and detoxification systems, the list could be much longer.

When it comes to establishing the causative link between mercury and disease, it’s important to consider other factors that can produce similar symptoms, including genetics, diet, lifestyle, environment, occupation, and substance abuse, either alone or in conjunction with each other. But the possibility of developing a related health problem dramatically increases when these factors and mercury are present together.

If you have, or had, mercury amalgam (silver) fillings the chances are that you are mercury toxic to some degree. If you have any of the related symptoms or diseases, are subject to multiple allergies, and have a depleted immune system, I believe it is critical to participate in a safe and effective mercury detoxification program. 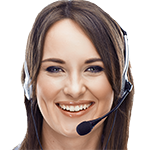